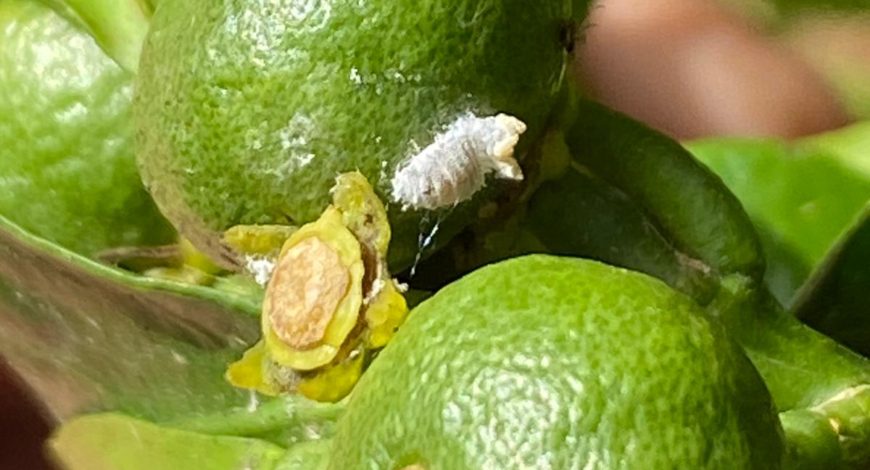 Citrus trees in the Mediterranean area are being affected by the “cotonet” pest, which, although it arrived in Spain decades ago, is now being fought against a new variety that comes from South Africa (Delottococcus aberiae).

This species sucks the sap from the tree weakening it and causing damage that varies depending on the type of tree involved. In the case of the clementine, the fruit is significantly reduced in size, while in the Navel group, a reduction of the leaf stalk and swellings around the fruit are observed.

For this reason, the Ministry has introduced measures in its action plan to combat the pest such as traps in the most affected areas to slow down its expansion and applying cleaning and usage protocols in the field boxes and collection tools.

Currently our fields, being isolated, have a low incidence of cotonet, but, even so, and knowing of its rapid spread, we are acting preventively. Our first action has consisted of mass trapping using pheromone diffusers for sexual confusion.

We are also prepared to release the predator Cryptolaemus montrouzieri.

In this way, we hope to have the pest under control so that its incidence in our next season is as low as possible.