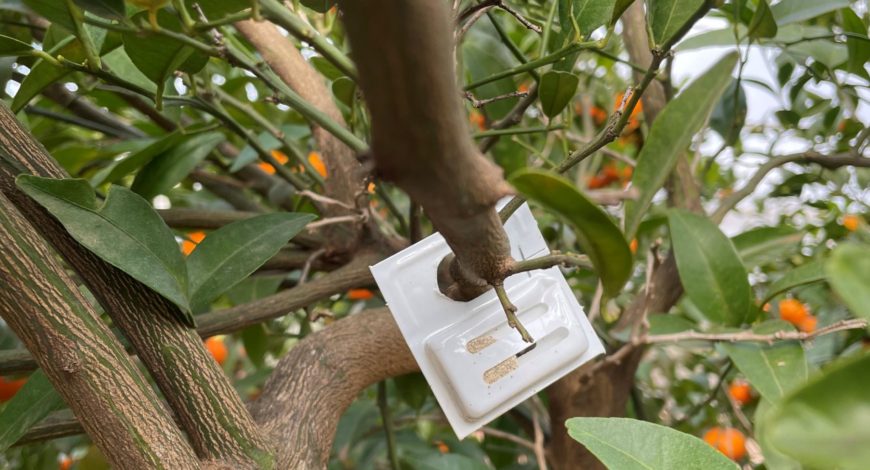 In order to control the different pests in crops, there are different agro-ecological techniques. One of the most widely used is the use of sexual confusion pheromones together with attractants. This technique is based on placing different special traps distributed throughout the crops and what is achieved is to prevent the sexual encounter between males and females of the pest in question so as not to perpetuate the species. In this way, the chemical communication system is modified and the population density of the pests is reduced.

In addition to contributing to the reduction of pests, it has other benefits such as its low environmental impact without presenting resistance or harming other beneficial insect populations. Another advantage is that the sex pheromones are produced by the female and are highly volatile, allowing them to act over long distances.

At Clasol we use pheromones against the red louse (Aonidiella aurantii) and the South African cotonet (Delottococcus aberiae). These pheromones have to be changed every year as they last for twelve months.